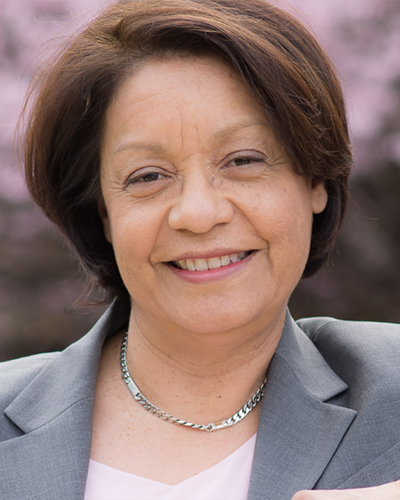 Barbara was adopted as a baby in Guatemala by U.S. parents—a homemaker mother and an international banker father who started as a teller and worked his way up to vice president. Up through college, Barb lived in Guatemala, Nicaragua, Ecuador, Panama, the Dominican Republic, Bolivia, California, and Idaho.

Barb was the first in her family to attend college. At Yale, she majored in architecture and lettered in crew. After graduation, Barb worked for an architect and applied to the Naval Academy. At USNA, she earned a Bachelor of Science, majored in history, spent a semester on exchange at the Air Force Academy, and began her Master's in National Security Studies at Georgetown. Barb served in the Navy for 30 years as an Intelligence officer, retiring at the rank of Captain. During her Navy career, she worked with air, sub, and surface forces; special warfare forces; and joint units across the U.S. and overseas. In 2014 Barb switched careers through Teach For America and now serves as a first grade teacher.

Barb's activities as a Yale alum have included ASC interviewer, ASC director, Yale Club of Washington DC Community Service committee member, and founding board member of 1stGenYale and its Washington, D.C., chapter. She and her husband raised two children, both of whom followed in her footsteps to Yale (TD '14 and PC '15).