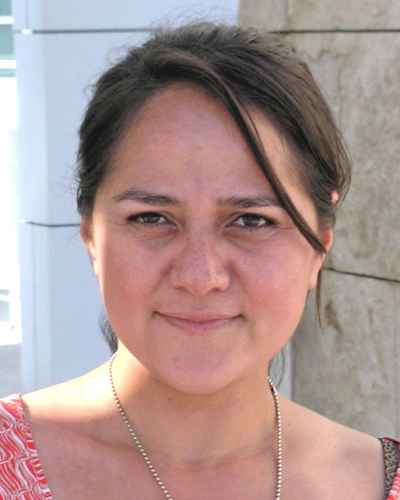 Cristina Cruz González was born in Los Angeles and attended Alhambra High School in the San Gabriel Valley. The daughter of Mexican immigrants, and the youngest of four children, she received a scholarship to attend Yale University in the early 1990s. At Yale, she was an active member of her residential college (Hopper), studied pre-Columbian civilizations under the mentorship of Dr. Michael Coe, and was co-chair of the student group Movimiento Estudiantil Chicano de Aztlán (MEChA).

After graduating Yale in 1994 with a degree in Anthropology, she joined the Art Institute of Chicago as a MacArthur Foundation Museum Fellow and organized the exhibition World of the Maya Artist. Dr. González earned an M.A. in Art History from the University of Texas at Austin and an M.Phil in Classics from Cambridge University. Her Cambridge advisor was renowned historian Professor Mary Beard. She returned to the United States for her doctoral education, completing a PhD in Art History at the University of Chicago. Her dissertation focused on the Franciscan image theory in colonial Mexico.

Dr. González is currently Associate Professor of Art History at Oklahoma State University. A specialist in the visual culture of Latin America, her work has appeared in numerous journals, edited volumes, and exhibition catalogs. Most recently, her research on early-modern female piety and visual culture was published by The Art Bulletin, the most prestigious journal in art history. She has received fellowships from the Getty Research Institute, the College Art Association, and the Oklahoma Humanities Council.

Dr. González enjoys interviewing potential Yale students in Oklahoma and is the Oklahoma Chair for 1stGen Yale. She became an at-large delegate of the Yale Alumni Association in 2015, and joined the Board of Governors in 2017. On the board, she chairs the Shared Interest Group Committee. She is a committed member of the Yale Alumni Art League and the Yale Latino Alumni Network.