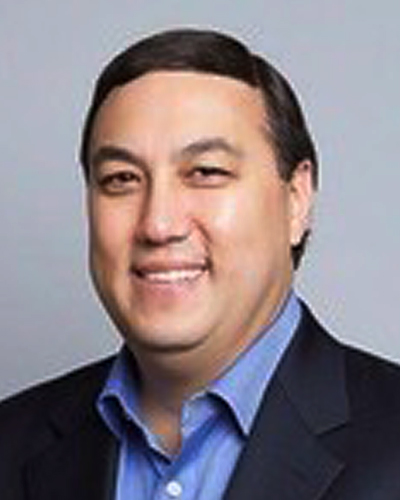 Jonathan was born in Connecticut as the oldest of three sons to a father who came to the U.S. in the first wave of students from South Korea a the end of the Korean War and a mother who was the first in her Southern Italian immigrant family to attend college.  At Yale SOM, Jonathan pursued a dual concentration in Finance and Strategy and worked as a research assistant to Dean Jeffrey Garten. In addition to serving as a teaching assistant for several finance courses and a writing tutor, he co-founded several start-up companies in the healthcare consulting and legal SaaS sectors with SOM classmates and students at Yale Law School, winning 2nd place in the Connecticut Venture Group’s annual business plan contest.

Jonathan has amassed nearly three decades of legal, investment advisory and executive management experience in the U.S. and internationally. Prior to Yale, he obtained his bachelor’s degree in English and American Literature from Brown University and his J.D. from Georgetown University, including study at the European University Institute in Florence, Italy. While a law student, Jonathan served as a clerk with the United States Department of Justice in Washington, DC. He then spent six years as a corporate lawyer on Wall Street with Winthrop Stimson Putnam & Roberts (n/k/a Pillsbury Winthrop Shaw Pittman).

After graduating from SOM, Jonathan was based in London and Amsterdam, where he focused on strategy and sales with Modem Media Inc., one of the world’s first “Internet Agencies.” He later gained extensive experience in investment management and financial advisory services with AXA Advisors LLC. Subsequently, he spent a dozen years in Bermuda as a Senior Vice President, General Counsel and Secretary of Montpelier Re Holdings Ltd. and the Montpelier Group of companies (NYSE: MRH).

Currently, Jonathan is an alternative investment advisor to high-net-worth individuals, family offices and institutions world-wide and is a Registered Representative of Silicon Valley-based Zanbato Securities, LLC. He also maintains a private legal practice focusing on complex corporate, regulatory, governance and alternative dispute resolution matters and is a Practicing Fellow at the Millstein Center for Global Markets and Corporate Ownership at Columbia Law School.

Jonathan has advised and served on numerous boards of directors in both the private and not-for-profit sectors, most recently as a member of the national advisory board of Answer, based at Rutgers University, a director of the Center for Supportive Schools (f/k/a Princeton Center for Leadership Training)

Jonathan’s activities as a Yale alumni volunteer have been extensive. He has been a Co-Chair of his SOM Class Gift Committee and has recruited and interviewed SOM applicants while also serving as a career advisor to SOM graduates. Currently, in addition to his role as a director of YLAN, Jonathan is a Board member and Vice President of the Yale Club of South Florida as well as a Regional Representative of the YAA. He is also an advisor to SUBE, the Yale Latinix Business and Leadership Student Association. Jonathan is also deeply involved as an alumni volunteer with his other schools, where he has been a recipient of the Brown University Alumni Association’s (BAA) Alumni Service Award and a former member of the BAA’s Board of Governors as well as a former President of the Brown University Club of New York City. Currently, Jonathan is a Co-President and Chairman of the Brown University Club of Miami and an Executive Committee Board member and Treasurer of the Georgetown Club of Miami.

Jonathan is a member of the state and federal bars of Connecticut, the District of Columbia, Florida, Georgia, Massachusetts, New York and the Southern and Eastern Districts of New York. He holds FINRA Series 7, 24 and 63 registrations as well as real estate licenses in Florida and New York and is a dual US/Italian citizen.