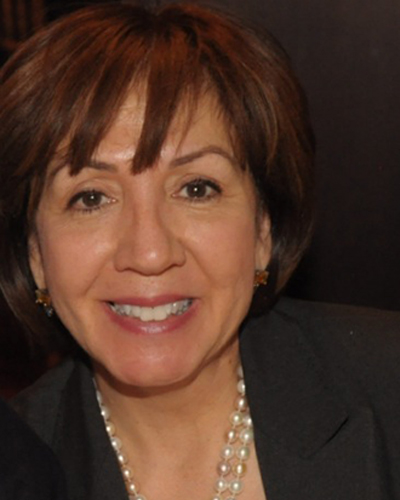 She’s been an active Alumni Schools Committee volunteer since 1999 and she’s served on the board of the Yale Club of South Texas since 2006. For the past 10 years, she has chaired the Yale Book Award. This past spring, 19 schools in South Texas participated in the annual award which recognizes talented juniors for their academic excellence, outstanding leadership abilities and dedication to service. Alumni throughout the region offer financial support as well as making time to present the award to the student on their high school campus.

It was through the Yale Day of Service program that Diaz became involved with the YAA at the University level. In 2011, fellow YLAN member David Sanchez recruited her to organize DOS efforts among the Yale World Fellows. She continued working with the International DOS team until 2018.

She was elected by fellow Assembly Delegates to the YAA Board of Governors in 2012 and completed her term in 2015. She concentrated on improving opportunities for members of the military veterans community. She was also a voice for those alumni in the smaller constituencies and the hinterlands. During her BOG tenure, Diaz worked with her US Congressman to establish a pipeline for Yale alumni in Congress to offer internship opportunities to Yale students.

Diaz is on a mission to increase educational opportunities for economically disadvantaged high school students in San Antonio. Working with college readiness counselors in the SAISD, she organizes interview workshops for juniors and seniors. Many members of the SA Ivy+ community invest their time and experience to help high school students practice their skills in an instructive interview situation.