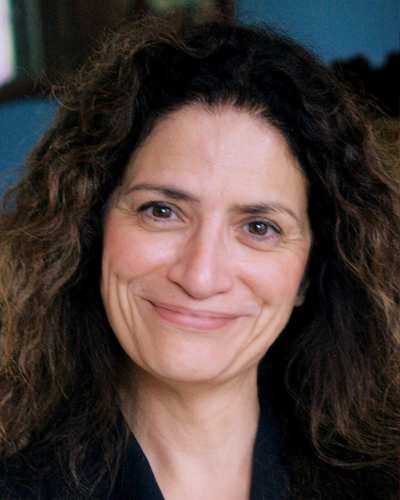 Luz Nuncio Schick was born in Mexico City in 1954. Her family immigrated to the United States in 1956, settling in Chicago. This was the first of two immigrations, the second taking place in 1963, after a brief return to Mexico. Before this final immigration, again to Chicago, Luz’s family moved around a lot, living in various places in the United States and Puerto Rico for brief or long periods of time as her father’s employment with International Telephone & Telegraph dictated. Although they went to school most places they lived, Luz and her sisters didn’t have steady schooling until 1963, when they enrolled in the public schools in the Humboldt Park neighborhood in Chicago.

Through her childhood and teen years, Luz and her family were undocumented. This status was resolved in 1974 while Luz was a student at Loyola University of Chicago, and she and the family became permanent residents. The experience of being an undocumented immigrant made a lasting impact on Luz, and accounts for her abiding interest in immigrants, their stories, and their well-being.

At Loyola, Luz majored in English and French and graduated magna cum laude with honors in both fields in 1976. Her wildest dreams came true when she was admitted to study French at Yale. Although she was also admitted to other prestigious universities, her father helped her make the decision by asking, “What do you want to be, a big fish in a little pond, or a little fish in a big pond?” “Little fish, big pond,” was the answer, and that was that. Luz earned a Master of Arts and a Master of Philosophy in French (1978 and 1981), with a minor in Spanish for both degrees.

With her husband Will Schick, Luz has worked on various service projects. In Naperville, Illinois in the 1990s, with their own two children starting school in the predominantly white, affluent suburban community, the Schicks joined a grass-roots parents’ group to pressure the school district to increase diversity in staff and curriculum offerings. Since they were met with resistance from the district and community, the Schicks led the parents’ group in sponsoring essay contests asking high school students to write on the topic of racial relations in their school. The group raised funds for prizes from corporations, and students opened up, sharing their stories about racial tensions and incidents they experienced.

In 2008, upon moving to Galesburg, Illinois, the Schicks discovered that the Mexican community there had begun to form since the early twentieth century, when Mexican workers were recruited to work for the railroads. Intrigued by this history, the Schicks decided it needed to be more widely known. For five years, they volunteered their research, interviewing, and writing skills to the local PBS affiliate, WTVP, Peoria, to make Boxcar People, a documentary on the boxcar camps where the railroads housed their Mexican railroad workers, or traqueros. In 2013 Boxcar People, narrated by Luz, was a finalist for a Chicago/Midwest Regional Emmy.

Luz is retired from educational publishing and is currently working on personal writing projects. She looks back on her time at Yale with immense gratitude for the privilege of being in that “big pond,” getting a world-class education in literature she loved. She also continues to volunteer for causes related to education, family literacy, race, and immigration, such as conducting library-card sign-ups for Spanish-speaking and French-speaking (Congolese) residents. She hopes to keep working to bring the story of the boxcar camps to new audiences, and looks forward to working with the Hispanic Latino Student Association at Carl Sandburg College on its initiative to place markers on the sites where Galesburg’s three boxcar camps stood.