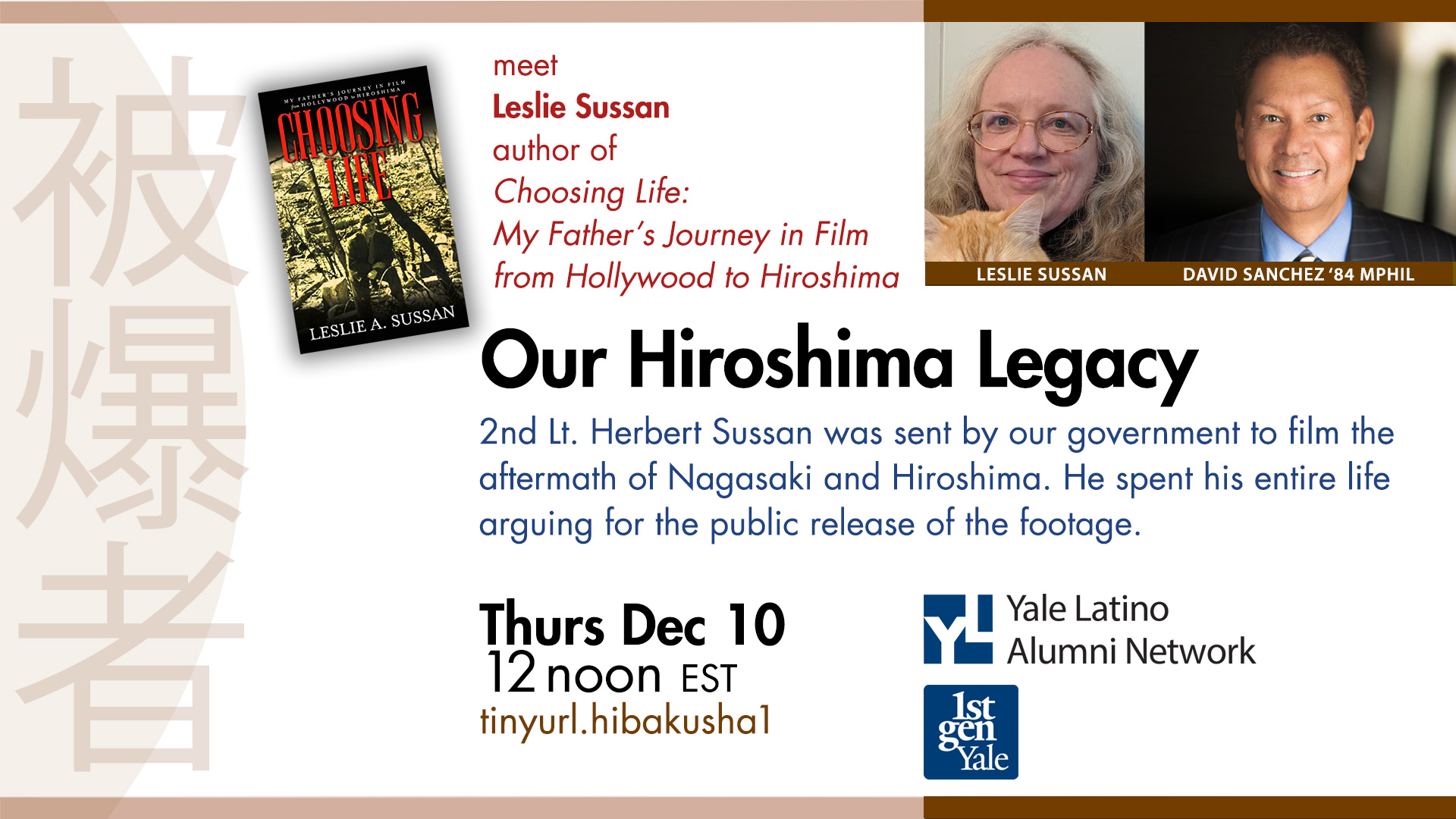 YLAN is hosting Leslie Sussan, author of Choosing Life: My Father’s Journey in Film from Hollywood to Hiroshima.  We will be addressing the issue of legacy as a nation and between generations.  2nd Lt. Herbert Sussan was assigned by the Strategic Bombing Survey crew to film the aftermath of the atomic bombings in Nagasaki and Hiroshima.  After his discharge, he spent his entire life arguing for the public release of the entire footage. Leslie spent years trying to understand the torment she saw in her father and then went to Japan to support his quest to release the filmings.  Her story is a complex one and we will focus on Legacy as a beginning.

Leslie A. Sussan was born and raised in Manhattan, and now lives in Silver Spring, Maryland, with her daughter Kendra and their cat, Neko-chan. She graduated from Bryn Mawr College and Georgetown Law School. Over a long career as an attorney, she litigated for the U.S. Department of Justice, represented migrant farmworkers and abused children, and has now served for fourteen years as an administrative appellate judge for the federal government. She attends Friends Meeting in Maryland. She and Kendra lived in Hiroshima for a year in 1987-88.

Our Moderator will be David Sanchez, ’84 MPhil, Chair of YLAN.